March is Fraud Prevention Month: Recognize it, Report it, Stop it! 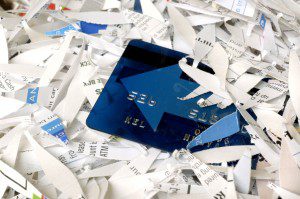 Fraud-related offences are now thought to be as profitable as drug-related offences, estimated at between $10 and $30 billion annually in Canada by the RCMP’s Commercial Crime Branch. The majority of these crimes aren’t committed by kids at their computers, 80% or more of the work is conducted by criminal organizations.

Fraud should concern all Canadians because it de-stabilizes our national economy while strengthening organized crime groups. The impact on individuals, families and businesses is devastating: retirement savings, homes, businesses – and in some cases, lives – have all been lost. The only good news is that the majority of frauds can be prevented by identifying the methods used by fraudsters. The more you know about a fraud, the less likely you are to fall for it.

Fraud Prevention Month is an annual event that gives private and public organizations involved in the fight against fraud an opportunity to further raise public awareness. “While the spotlight is on fraud during the month of March, it’s important to be vigilant about it all year long. Being cautious isn’t something to be ashamed of. Whether you’re shielding your PIN number from view or asking questions of telemarketers, don’t be afraid of offending people who are asking for your money,” says RCMP Superintendent Steve Foster, Director of the RCMP Commercial Crime Branch.

“Organized crime presents a serious threat to Canadian communities and is linked to a wide range of criminal activity, including fraud,” said Public Safety Minister, Vic Toews. “Public awareness is critical to fighting fraud and our Government is committed to the development of initiatives that help inform Canadians on how to protect themselves and their families from fraud-related crimes.”

Over the next four weeks, the RCMP will be participating in a series of local and national fraud-awareness initiatives. To help reduce your chances of being victimized by fraud, check the RCMP’s website daily during the month of March for tips aimed at keeping you safe from scammers. Topics covered will include identity theft, phishing, on-line shopping, social networking and credit and debit card fraud.

For more information on scheduled activities, please visit the websites of these and other organizations taking part in Fraud Prevention Month: