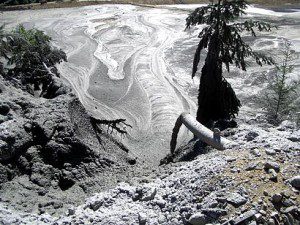 A British Columbia mining company is considering installing seatbelts in buses transporting workers to and from their Myra Falls Mine site on Vancouver Island a month after a highway accident injured 12 employees.

Dave Keiver, human resources superintendent with Nyrstar, the owner of the underground zinc mine and mill, says that the company is in discussions with its carrier, Wilson’s Transportation Ltd, about the possibility of installing seatbelts on the coach-size buses. The buses, which can typically carry between 47 and 51 passengers, transfer workers from the mine site to nearby Campbell River and as far south as Courtenay or Comox, all on Vancouver Island.

“Some of the information we are picking up so far is it doesn’t seem just as simple as we will just go buy seat belts and hook them on the chairs,” Keiver says. “The seat needs to be designed, the seat mounting system needs to be designed. The current units we run may not be suitable to install the belt on, which would add in the option of changing the units,” he says, stressing that the process has just begun.

Brian Kangas, the manager of vehicle inspection and standards with the Commercial Vehicle Safety & Enforcement unit of the provincial Ministry of Transportation and Infrastructure, says that operators who wish to have seats equipped with seatbelts on a school bus that was not originally manufactured with these components should contact the vehicle manufacturer to ensure any planned modifications are in compliance with all applicable standards, such as the Motor Vehicle Safety Act and the Motor Vehicle Act Regulations.

Kangas notes that seat spacing and the types of seats used help obtain a “compartmentalization” safety feature which helps protect passengers in a bus not equipped with seatbelts.

“Changes to this configuration, modification to the seat or any addition of a seatbelt or restraint device where one was not provided by the manufacturer, could possibly diminish the existing passenger protection by being a potential cause of injury in a severe impact,” Kangas adds in a safety bulletin from May of 2011.

“The passive passenger protection – as designed – is considered compliant and effective” when maintained to manufacturing standards.

The incident that spurred the seatbelt debate occurred December 14 on a highway near Campbell River. A bus carrying workers on their way home from the Myra Falls Mine slipped to the edge of the icy road before rolling into a ditch and onto its side, Keiver says. Twelve of the 14 people on board were injured, most with bruises and contusions, but one suffered cracked ribs and a punctured lung, he reports.

During the seatbelt consultations, part of what must be considered is that rules involving bus transportation are very specific to each industry, Keiver points out.

“It’s quite the learning curve,” he says, adding that the company’s ultimate goal is to “make sure we are doing whatever we can to protect the safety of the workers.”