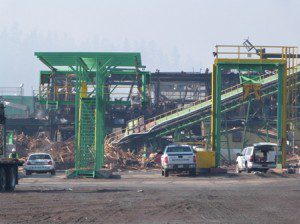 WorkSafeBC announced early last week that it would not be pursuing administrative penalties in the Lakeland and Babine lumber mill explosions and would instead be referring the cases to Crown counsel, who will make the decision whether to pursue charges under the province’s Workers’ Compensation Act.

“When WorkSafeBC comes to these decisions, it’s in very serious circumstances and these are serious consequences,” said Roberta Ellis, senior vice-president of human resources and corporate services at WorkSafeBC. While the organization can issue penalties of just under $600,000 for a first offence and $1 million for subsequent offences, the courts can impose a fine of up to $650,000, a maximum of six months imprisonment or a combination of both.

“The courts can address individuals; WorkSafeBC only addresses the employer,” Ellis added. “There are situations where we look at the consequences to workers and the violations and determine that we are going to make a referral.”

WorkSafeBC is aiming to turn over to the Crown all the information gathered during the investigation of both mills sometime early in the new year, said director of investigations Jeff Dolan, explaining that there are tens of thousands of photographs, hundreds of exhibits and more than 100 interviews for each mill.

The Crown has up to two years after receiving the information to decide whether or not to proceed with charges. If it chooses not to, WorkSafeBC has the option of proceeding with administrative penalties.

Investigation showed no evidence of negligence

There are no criminal negligence charges being considered in either case, Ellis explained.

“If our officers had seen evidence of criminal negligence, the law would have required us to give that evidence to the police and the police would then have investigated,” she said, “but the violations are violations of the Workers’ Compensation Act, not the Criminal Code.”

The United Steelworkers union, which represents workers at both mills, called for Crown prosecutors to “expedite their decision making process and exercise their full authority” in assessing the cases. It also said in a news release that the investigations revealed a lack of co-ordination between the government and the two mills, claiming:

— The Babine mill had not been inspected under the federal or provincial fire safety codes for several years.

— WorkSafeBC had noted high levels of dust in both mills.

— There was a lack of co-operation and information sharing between parties.

“We anticipated WorkSafeBC would release its report into the cause, so it is disappointing to learn that that information is being withheld,” said Greg Stewart, president of Sinclar, in a news release.

The last case referred to the Crown was the deadly mushroom farm incident in 2008 in which four workers died. A total of $350,000 in fines were handed out to two companies and three officials.

Since 1996, there have been 31 prosecutions under the Act by the Crown. Of those, 24 resulted in convictions and seven in acquittals or stays of charges, with penalties ranging from $1,500 to $200,000 in fines. One individual has been sentenced to serve two 45-day jail terms.