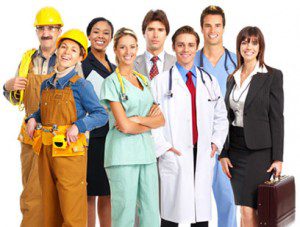 Montréal, December 11, 2012 – Combining CSST data for the years 2005 to 2007 with Census data published by Statistics Canada for the year 2006 has allowed the Institut de recherche Robert-Sauvé en santé et en sécurité du travail (IRSST) to produce a study containing several innovative portraits of the situation of Quebec workers receiving compensation for occupational injuries. In addition to providing individual frequency indicators and severity indicators, the study has come up with a frequency-severity indicator that takes into account both frequency rates and average compensation for injuries resulting in time-loss compensation (TLC). It also contains separate indicators for the three occupational groups (manual workers, non-manual workers and workers with combined tasks); youth 15 to 24 years; workers aged 45 or more; industries most at risk; and so forth.
Highlights

“Indicator calculations were based on the number of paid workers in full-time equivalents (FTE) rather than on the actual number of individuals; this approach was employed to reflect the importance of atypical work, especially part-time or casual work, and differences by age and sex. They will prove very useful in prioritizing and planning prevention interventions, but also in research”, said lead author Patrice Duguay, head of the Groupe connaissance et surveillance statistiques (“Panel on Statistical Information and Monitoring”) at the IRSST.

The study, which consists of a report and an appendix (In French), can be accessed free of charge atwww.irsst.qc.ca.