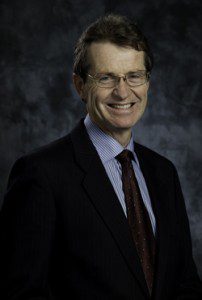 An Albertan politician is calling upon fast food barons to boycott farms in the province until child labour laws meet international standards.

David Swann, MLA for Calgary-Mountainview and the Liberal critic for health and human resources, recently announced he would be putting pressure on the government and manufacturers to increase safety in the agriculture industry.

In an open letter penned to agriculture producers, Swann said he was shocked to learn that the farming industry was exempt from occupational health and safety laws, mandatory workers’ compensation and child labour standards. He then called on the potato chip manufacturer Frito Lay, owned by PepsiCo Inc., to stop using potatoes from Alberta’s farmers until labour laws are reformed.

“I’m talking about some of the larger industrial operations that we’ve focused on for eight years now where there’s no occupational health and safety standard, therefore no investigation of injuries and deaths of agricultural operations, no mandatory worker’s compensation and no child labour standard,” Swann said. “It’s staggering to me that in the 21st Century, Alberta — with a very prominent agriculture industry — [is] still struggling with some of the most basic of human rights and worker rights.”

Death by farming accidents are on the rise in the province, according to the Alberta Centre for Injury and Control Research (ACICR). Each year, an average of four children (between the ages of zero and 14) die in a farming accident.

“Most of those deaths are due to run-overs and drowning,” said Kathy Belton, associate director at the ACICR. “We are seeing a slight increase in numbers, in rates, but what is more alarming is that the agriculture population has decreased significantly in Alberta.”

The Potato Growers of Alberta (PGA), a non-profit group which represents spud farmers, said they follow the national standards when it comes to safety.

“The Potato Growers of Alberta prides itself on being a grower organization that has led the way in Alberta with On-Farm Food Safety [of national food safety regulators, CanadaGAP] protocols as well as many other initiatives in an effort to be responsive to our customer’s concerns,” said Rob Van Roessel, chair of the growers group, in a statement. “The PGA has been involved in discussions with the Albertan government concerning worker safety and support increased worker safety training in our industry.”

But PepsiCo has indicated that they intend to honour their contracts with the potato farmers.

“PepsiCo is very proud of our heritage in Alberta and our longstanding relationships with local potato growers. These growers all have a track record of delivering top quality potatoes and maintaining safe workplaces,” said Megan Johnson, a spokesperson for Fleishman-Hillard, the company which handles PepsiCo’s press, in an email.

“We expect our producers to comply with the current laws of the province of Alberta, to adhere to PepsiCo’s supplier code of conduct, and to make safety a priority. We continue to believe that honouring our contractual obligations to our growers, and working with them to reinforce our commitment to worker welfare for all farm workers is the best means for PepsiCo to help promote safety in Alberta.”

Farms act as both homes and workplaces

Amidst backlash that ( continue reading … )