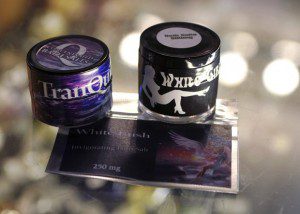 Psychotic reactions are a terrible nightmare for any person to experience and live through.

The Honourable Leona Aglukkaq, Minister of Health, announced today that the Harper Government plans to regulate MDPV, a key ingredient in the illicit drug referred to as “bath salts”, under the Controlled Drugs and Substances Act (CDSA).

The so-called “bath salts” earned their name because they look like bath salts sold in mainstream drug stores.  However, unlike legitimate bath salts, these stimulants can cause psychotic episodes and dangerous behaviour.  Recent media reports have linked the use of “bath salts” to violence causing harm.

“This action shows our Government’s commitment to protecting Canadian families from this dangerous substance,” said Minister Aglukkaq. “This action helps give law enforcement the tools they need to keep our streets and communities safe from this new and emerging drug that ruins lives and causes havoc in communities across the country.”

Health Canada will post its intent to make MDPV illegal in Canada Gazette, Part I, on June 9, 2012.  The intent is to put MDPV on Schedule I of the Controlled Drugs and Substances Act, in the same category as heroin and cocaine. The public will have until July 10, 2012 to comment on this plan.  Unless dramatic new evidence comes to light, this drug is expected to be illegal this fall.

The new rules mean activities such as possession, trafficking, possession for the purpose of trafficking, importation, exportation and production would be illegal unless authorized by regulation.

“We applaud the federal government for their quick response in recognizing the extreme dangers of the “bath salts” and the listing of it as a Schedule I drug,” said Chief Barry MacKnight, Chair of the Canadian Association of Chiefs of Police Drug Abuse Committee.

“The addition of MDPV in Schedule I of the CDSA will severely hinder organized crime’s ability to procure and profit from this substance, which they market as Ecstasy. Health Canada’s decisive action in this matter is another example of the excellent collaboration between the RCMP, Health Canada, and its Federal partners within the scope of Canada’s National Anti-Drug Strategy,” says RCMP Deputy Commissioner, Federal Policing, Mike Cabana.

For further information on “bath salts” and the risks associated with its use, please see the  drug alert on “bath salts” prepared by Canadian Centre on Substance Abuse in partnership with theCanadian Community Epidemiology Network on Drug Use (CCENDU).