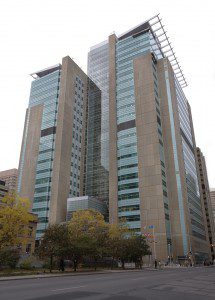 The family of a trucker who was killed when a 15-metre-high wall of dirt and rock collapsed on him four years ago hopes a record $2.4 million fine under the Occupational Health and Safety Act sends a strong message to the construction industry in Alberta.

“I think it will certainly raise eyebrows,” Anne-Marie Williams, widow of Randy Williams, 47, her teenage sweetheart with whom she was married for over 27 years and had three children, said outside court on Monday.

Earlier on Monday, Mason convicted Perera Development and Perera Shawnee of nine and three charges respectively in connection with the Feb. 14, 2008, incident that killed the driver who was contracted to haul dirt, rocks and debris from the site and was about to take his last load of the day from the excavated pit in which a condominium complex was being built.

Mason was aware before the trial started that the chances of collecting the fines from the two now bankrupt companies was remote, but said the lofty fines will still serve as a threshold for future cases.

He earlier called the companies’ actions that led to the fatal incident at the site at James McKevitt Road and Shawnee Gate S.W. something you would have expected from a third-world country, but not from a company in Calgary to be acting in this fashion.

“These are numbers, safe to say, and in my impression only enforced by the victim impact statements I heard today,” said Mason. “But those numbers bear no relation to the value of the human life that was lost and in the potential loss of other lives. It is to send a message to the industry and governments that oversee them and encourage them to avoid the situation that led to this.”

Barrie Harrison, Alberta government spokesman for the OHSA, said the total fine easily eclipsed the maximum $500,000 fine meted out on one charge to a Wetaskiwin company a few years ago, but he still has some reservations as it may never be collected.

“The size of the fine is one thing, but you can’t get somebody’s life back,” said Harrison. “If this sets a threshold which future construction companies must follow, then it’s a good thing.

“Maybe not all is lost. Maybe family and friends can take some satisfaction that it’s a strong message to other companies that this won’t be tolerated.”

Crown prosecutor Allison McGill said the maximum fine on each charge of $500,000 was called for, but that a total fine of more than $5 million would be unrealistic.

Anne-Marie Williams said it was disappointing that the people involved wth the offending companies were not in court for hers and her adult children’s victim impact statements.

“It’s still very heart-wrenching to know that these people were not here today,” she said.

“They were here to give witness, but they weren’t here to listen to our story, the story that told of Randy’s life, that horrible day sitting at home waiting for him to show up and trying to contact him on his cell phone, then ( Read more . . . )