Jobs found for half of employees out of work after deadly B.C. sawmill fire 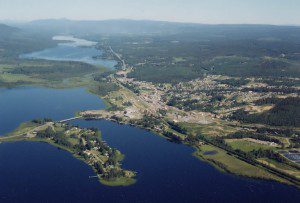 More than half the workers who lost their jobs when a deadly explosion destroyed a sawmill in northern British Columbia two months ago have found new work, but the question of whether the main employer in the small village of Burns Lake will ever rebuild is still uncertain.

Two people were killed and another 250 were thrown out of work when an explosion and fire tore through the Babine Forest Products mill on Jan. 20.

The province’s forests minister, Pat Bell, said more than 130 of those workers have found new jobs, many at other forestry or mining operations in the region, and the government is hoping to find employment for the rest in the months ahead.

For the most part, Bell said those jobs are considered a stop-gap measure until _ or, rather, if _ the mill re-opens and its workers can return.

But Bell cautioned a shortage of useable timber in the area means a rebuilt mill wouldn’t be economically viable unless the province can find another supply. Hampton Affiliates, the Oregon-based company that owns Babine Forest Products, has already said it can’t rebuild without a guaranteed timber supply.

”One thing that should be highlighted is that the Lakes District itself does not hold sufficient fibre in the mid-term to provide the necessary timber for Hampton,” Bell told reporters in a conference call on Friday.

”So we have been looking outside strictly the Lakes District area in other timber supply areas, and that ultimately would have to be part of the solution of Hampton was to rebuild.”

Bell said his ministry is looking across northern B.C. in areas such as Prince George and Fort St. James for untapped timber that can fill that gap.

It wouldn’t mean trucking timber from those areas to Burns Lake, said Bell. Instead, the province is hoping to move licences of other operators to free up timber closer to Burns Lake.

In the meantime, Bell said the province and local development agencies have been holding job fairs and looking to other projects to find positions for the displaced workers.

A tourism strategy is in the works to help create jobs in that sector.