Poultry plant in Manitoba appeals order to clean up air 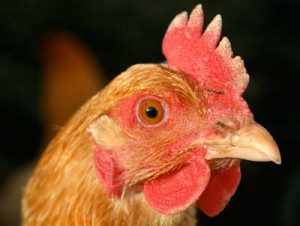 A union is calling on a poultry processing plant in Winnipeg to put workers’ health as a priority after the company decides to appeal an order to clean up the air in the facility.

In November, Granny’s Poultry, located about 40 kilometres southeast of Winnipeg, was issued a second improvement order by the Manitoba Workplace Safety and Health division as the air in the plant was causing employees to fall ill, says Rob Hilliard, director of workplace safety and health at United Food and Commercial Workers Local 832 in Winnipeg.

“They waited the better part of a month without doing anything and then made the decision that they weren’t going to comply, they were going to fight it instead,” says Hilliard.

The order follows one that was issued last October which the company failed to complete.

The provincial labour ministry has confirmed the company is appealing an order that had been issued regarding air quality in the building.

Craig Evans, CEO of Granny’s Poultry, says the company would not comment on the issue because of the ongoing appeal.

For the past three years, Hilliard reports that employees in the plant – primarily those working in the turkey evisceration area – have been complaining of coughing, sneezing, sore, red and irritated eyes and difficulty sleeping after working long shifts.

Chlorine was suspected to be the cause as the health problems surfaced with the increased use of chlorine. Tests conducted by the company, however, indicated the levels of chlorine were well below the threshold limit value.

Workers in the area, which number about 60, continue to complain of health problems. The company responded by making respirators available, which were worn by three-quarters of the affected workers for “a problem that Granny’s says doesn’t exist,” Hilliard charges.

The union hired an occupational hygienist who found that the problem was common in the United States until about 20 years ago, Hilliard adds.

A 1993 National Institute for Occupational Safety and Health (NIOSH) investigation into a Missouri poultry plant with similar worker health issues concluded that although the levels of chlorine in the air were well below the threshold limit value, all symptoms exhibited in employees pointed to chlorine. NIOSH recommended, among other things, that ventilation in the facility be improved.

That report became the basis for Manitoba’s Workplace Safety and Health division’s decision to issue an improvement order to Granny’s Poultry last October after the department’s hygienist concluded that the health problems were caused by trichloramines in the air, notes Hilliard.

Trichloramine, a resulting compound from mixing ammonia and chlorine, shares many of the negative health effects as chlorine. It is difficult to detect its presence in air quality tests because trichloramine is unstable in air, information from NIOSH indicates.

While the poultry company has complied with an order to set up a system that would keep poultry entrails from falling into a chlorine gutter, Hilliard says no improvements were being made to the air ventilation system, leading to a second order being issued.

“The fact of the matter is these workers, for over three years, have been experiencing poor air quality in their workplace that is causing irritants to their breathing passages to the point of sometimes missing work,” says Hilliard. “Whether there’s a technical chemical argument of whether trichloramines are there or not is missing the point.”

At Granny’s, our responsibility to provide a safe and healthy workplace for our employees and our guests always comes first. In recognition of our responsibilities under the Occupational Safety & Health Act, we do all we can to ensure the well being of all people who work or visit any of our facilities.

In addition to providing and maintaining a safe and healthy work environment, we will follow best industry practices, adhere to safe workplace legislation and strive to eliminate any foreseeable hazards which may result in fires, security losses, damage to property and personal injuries or illness.

By working together, we can achieve the optimum level of safety in our workplace. We value the important role of all employees in promoting and upholding these standards and believe that the prevention of incidents and the provision of safe working conditions is the responsibility of everyone at Granny’s Poultry.

I can only guess that this suggests there will be a change of heart at the management level to install or upgrade their ventilation systems in order to live up to their claims of ensuring they eliminate issues that affect “personal injuries or illness” per paragraph two.