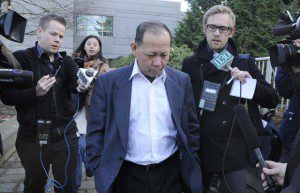 Richmond, B.C. — WorkSafeBC has released a report on its investigation into the workplace incident in which three workers died and two others were seriously injured at a mushroom composting facility in Langley, B.C., on September 5, 2008.
“This was a tragic loss of life and would have been entirely preventable had the employer complied with occupational health and safety laws and regulations, and addressed the requirements to ensure safe operations within the confined space hazard built on his worksite,” said Jeff Dolan, director of investigations for WorkSafeBC.
“We recognize that the families have had to wait a long time to know more about what happened to their loved ones, and we hope this investigation provides them with some understanding of what led to this tragedy,” adds Dolan.The investigation into this incident has probably been the most complex in WorkSafeBC’s history and required significant resources and highly technical expertise. According to a statement by WorkSafeBC, it took months to access key areas of the worksite; many more months to fully understand the industrial process involved and the chronology of events and decisions over a five-year period that played a role in the incident that ultimately resulted in multiple deaths and injuries.In May 2010, WorkSafeBC referred this investigation to the Attorney General who proceeded with a prosecution under the Workers Compensation Act. This matter has recently concluded.

Background
There were three employers at this worksite — A-1 Mushroom Substratum Ltd., H-V Truong Ltd., and Farmer’s Fresh Mushrooms.

The investigation describes in detail what happened on September 5, 2008: Workers from A-1 Mushroom Substratum attempting to clear a blocked pipe in a pump shed were exposed to hazardous gasses. Co-workers from A-1 Substratum Ltd. and the adjacent mushroom growing and distribution businesses, unaware of the conditions in the shed, attempted to rescue them without safety equipment and succumbed to the hazardous environment of the confined space.

Additionally, ambulance and fire department rescue personnel were probably saved from serious death or injury because the responding paramedics recognized a potential confined space hazard and prevented anyone else, including one of the owners of the worksite, from entering the pump shed.

The investigation concluded the following:
•    That the workers were exposed to a hazardous atmosphere and were working in a confined space without adequate safety precautions
•    That, going back to 2004, the facility was designed, built, and operated with inherent flaws that created the conditions for hazardous gasses to build up and for the blockages in the pipes to develop
•    The addition of the pump shed created a confined space that was not identified by the employer.

For more detailed information view the investigation report from the WorkSafeBC website. A3D animation that re-enacts what happened the day of the incident can be viewed online. The animation is also available in Cantonese and Vietnamese.

The purpose of a WorkSafeBC investigation is to determine the cause of an incident, identify lessons learned to prevent a similar injury or loss of life in the future, and to investigate for compliance with the Occupational Health and Safety Regulation and Workers Compensation Act. WorkSafeBC considers imposing penalties against employers where significant non-compliance is evident and/or where the employer has had a history of non-compliance with health and safety laws and regulations.   Though infrequently, WorkSafeBC refers cases to the Crown when there is evidence of a particularly egregious violation by an employer. Where there is evidence of such misconduct, the Crown may consider it in the public interest to pursue formal charges under the Workers Compensation Act rather than administrative remedies.