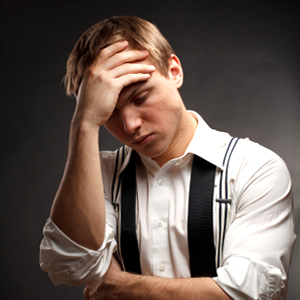 Labour Minister Margaret MacDiarmid said Thursday the Liberal government is amending the Workers’ Compensation Act to broaden mental stress benefits for workers beyond the current ”acute reaction to a sudden and traumatic event.”

She said the proposed amendments mean workers suffering from cumulative work-related stress may be granted benefits under the amended law.

But being fired, disciplined or forced to adapt to changes in workplace conditions are excluded from coverage and workers must receive a recognized stress diagnosis to receive compensation, MacDiarmid said.

”We want to have psychologically healthy workplaces and many employers have taken those steps, but we need to do more of that,” said MacDiarmid, who worked as a family physician before entering politics.

She said there are estimates that the amended law could increase WorkSafeBC annual costs between $10 million and $18 million, but helping people pays off in many ways.

”There is a huge hidden cost to not addressing mental illness,” said MacDiarmid. ”If you’re a worker and you’ve had a chronic problem at work and you continue to work, this can really decrease productivity. It can cause sick time. It can cause actual accidents in the workplace.”

Bev Gutray, B.C. spokeswoman for the Canadian Mental Health Association, said workers experiencing job-related mental health problems should not be expected to fend for themselves.

”It’s important for workers to have greater security and support when dealing with workplace-related mental health conditions,” she said in a statement.

Opposition New Democrat health critic Mike Farnworth said the NDP supports the amendments on principle, but will examine the proposed changes in detail.

”Right now, we cover stress in terms of a single incident, but the fact is, mental health stress is in many cases cumulative,” he said.

The amended law also proposes to grant survivor benefits to common-law couples without children after two years of cohabitation, as opposed to three years, and adjust compensation for injured apprentices to a level that fairly represents their loss of earnings.

One of the most influential theories of occupational stress was developed by Dr. Robert Karasek in 1979. Since then, many researchers like Dr. Martin Shain continue to build on his work and explain that when employees are faced with high job demands and have low control over their work, it results in high job strain.