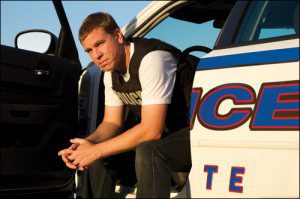 Although police officers are at a high risk of experiencing traumatic events (TE) in their work, they are no more likely than the general population to suffer from post-traumatic stress disorder (PTSD). These are the findings from the second phase of an original and groundbreaking study published by the Institut de recherche Robert-Sauvé en santé et en sécurité du travail (IRSST) on the risk and protective factors of post-traumatic stress reactions in Quebec police officers.

This study also confirms that symptoms associated with the development of PTSD in police officers can be attenuated or prevented with specific and adapted intervention. These symptoms include dissociative reactions, emotional and physical reactions, a state of acute stress, depressive symptoms, and emotional coping responses to stress. “Providing police officers with interventional support shortly after and in the weeks following a TE improves the chances of preventing PTSD,” explained André Marchand, lead author of the study, researcher at the Fernand-Seguin Research Centre of Louis-H. Lafontaine Hospital and Associate Professor at Université de Montréal. “The strategies for adapting to trauma, such as developing a stress-resistant personality and obtaining social support, can be improved through prevention components of police officer training programs,” said Mr. Marchand., who is also a Full Professor in the Department of Psychology at Université du Québec à Montréal (UQAM).

The descriptive analysis results show that police offers have different adaptation methods and strategies at their disposal in order to deal with a critical work-related event. In fact, the police officers stated that talking to their colleagues, obtaining peer support and taking part in leisure activities are particularly helpful after a TE. “The police offers involved in this study even advise their colleagues who experience this kind of event to consult a psychologist and are themselves open to the idea of receiving psychological support if need be,” said Mélissa Martin, co-author and psychologist at the Trauma Study Centre at Louis-H. Lafontaine Hospital.

This study, the first of its kind in Quebec, could be used as a reference for further research using a sample of Quebec police officers. The knowledge gained will help screen for and prevent PTSD. Recommendations based on this research will help police departments create strategies to both develop mechanisms that protect police officers from TE and decrease risk factors. This study could also have a significant impact on other people with a high risk of experiencing work-related TE (firefighters, paramedics, first-aid workers, first responders, etc.).

Eighty-three policemen (63 men and 20 women) from the Service de Police de la Ville de Montréal (SPVM) and other police forces who had experienced a traumatic event volunteered for this prospective study and were evaluated at four intervals. Among the participants, 64% had to draw their guns, 11% fired their guns, while 28% of them used another weapon. A feeling of powerlessness in relation to the TE was reported by 80% of the police officers, and 59% of them felt a reaction of intense fear. More than half of the police officers said they experienced anger, 17% felt guilt, and 2% felt shame when the TE occurred.

French version of the document is available: http://www.irsst.qc.ca/en/-irsst-publication-predictive-factors-development-post-traumatic-stress-disorder-following-critical-accident-involving-police-officers-r-710.html