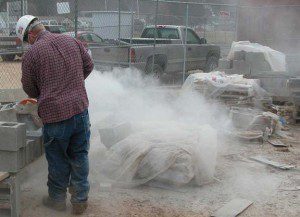 A Feb. 27 letter from four Congressional Committee leaders requests action from the White House on OSHA’s proposal to update its crystalline silica exposure standard. The silica standard has been delayed at the Office of Information and Regulatory Affairs (OIRA) for over two years; it was originally sent to OIRA on Feb. 14, 2011, for what should have been a 90- to 120-day review. Senators Tom Harkin and Patty Murray and Representatives George Miller and Joe Courtney, who are leaders of Congressional Committees with jurisdiction over worker safety and health, reiterate their concerns about the dangers of silica exposures from a letter they sent in July 2011:

“The damaging effects of silica are dire and undisputed,” the letter says. “Under the government’s most recent data, the number of deaths from silicosis is rising, and there are thousands of newly diagnosed cases of silicosis each year. OSHA’s preliminary analysis indicates that the silica rule would prevent approximately 60 deaths per year from lung cancer and silicosis. Thus, in the two years that this rule has been languishing at OIRA, 120 workers have needlessly lost their lives and thousands more are facing a lifetime of serious health problems.”

The letter urges OIRA to complete its review of the draft rule as promptly as possible and requests that OIRA provide a certain date upon which the review will be completed.