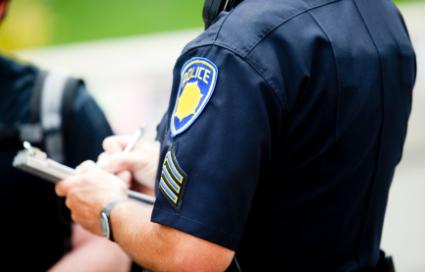 The daily psychological stresses that police officers experience in their work put them at significantly higher risk than the general population for a host of long-term physical and mental health effects. That’s the overall finding of a major scientific study of the Buffalo Police Department called Buffalo Cardio-Metabolic Occupational Police Stress (BCOPS) conducted over five years by a University at Buffalo researcher.

“This is one of the first police population-based studies to test the association between the stress of being a police officer and psychological and health outcomes,” says John Violanti, PhD, professor of social and preventive medicine in the UB School of Public Health and Health Professions, and principal investigator on the study, funded by the National Institute for Occupational Safety and Health.

The research, which is in press this month in a special issue of the International Journal of Emergency Mental Health, reveals connections between the daily stressors of police work and obesity, suicide, sleeplessness and cancer, as well as general health disparities between police officers and the general population.

The study was prompted by the assumption that the danger, high demands and exposure to human misery and death that police officers experience on the job contribute to an increased risk of cardiovascular disease and other chronic health outcomes.

“We wanted to know, in addition to stress, what are other contributing factors that lead to cardiovascular disease in police?,” says Violanti, a former New York State trooper.

The study found, for example, that shift work is a contributing factor to an increase in metabolic syndrome, which is a cluster of symptoms that includes abdominal obesity, hypertension, insulin resistance, type 2 diabetes and stroke. Nearly half (46.9 percent) of officers in the BCOPS study worked a non-day shift compared to just 9 percent of U.S. workers.

“We found that as a group, officers who work nights have a higher risk of metabolic syndrome than those who work day shifts,” says Violanti.

Four-hundred-sixty-four police officers participated in the study. Among the findings:

“This finding challenges the common assumption that separated or retired officers are at increased risk for suicide,” says Violanti, noting, however, that the need for suicide prevention efforts remains important for both active and retired officers.

The BCOPS findings demonstrate that police work by itself can put officers at risk for adverse health outcomes.

Violanti adds that while police officers do have health insurance, the culture of police work often goes against the goal of improving health.

“The police culture doesn’t look favorably on people who have problems,” he says. “Not only are you supposed to be superhuman if you’re an officer, but you fear asking for help.” Police officers who reveal that they suffer from a chronic disease or health problem may lose financial status, professional reputation or both, he explains.

“If you have heart disease, you may not be allowed to go back on the street,” he says. “That’s a real threat. If you go for mental health counseling, you may not be considered for promotions and you may be shamed by your peers and superiors. In some cases, your gun can be taken away, so there is a real fear of going for help.”

The answer, Violanti says, is to change the training of officers in police academy so they understand signs of stress and how to get them treated.

“Police recruits need to receive inoculation training against stress,” says Violanti. “If I tell you that the first time you see a dead body or an abused child that it is normal to have feelings of stress, you will be better able to deal with them; exposure to this type of training inoculates you so that when it does happen, you will be better prepared. At the same time, middle and upper management in police departments need to be trained in how to accept officers who ask for help and how to make sure that officers are not afraid to ask for that help,” he says.

The BCOPS study is based on extensive and rigorous medical testing and integrates a broad range of psychological, physiological and subclinical measures of stress, allowing for correlations between on-the-job stress and stress biomarkers that reveal the potential for adverse mental and physical health outcomes.

In addition to Violanti, co-investigators on BCOPS are Jean Wactawski-Wende, PhD, professor of social and preventive medicine and vice provost for strategic initiatives at UB and Joan Dorn, PhD, professor emeritus of exercise and nutrition sciences, both in the UB School of Public Health and Health Professions, John Vena of the University of Georgia, Athens and Bryan Vila.

« Do You Have Safety With-it-ness?
Free Course: Business Case for Health and Safety »