Pipeline safety records under scrutiny as B.C. set to get more 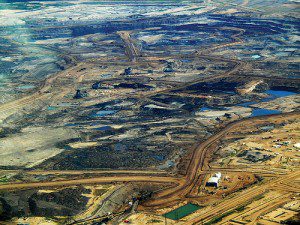 Kinder Morgan’s 1,150-kilometre Trans Mountain pipeline that transports oil from Alberta to southwestern B.C. has averaged about one leak a year in the past decade, but has not experienced the kind of major spill seen more recently in Alberta and Michigan from other pipelines.

“The pipeline is in many ways in better condition than when it was constructed almost 60 years ago,” said Kinder Morgan vice-president of operations engineering Hugh Harden.

“We have extensive integrity management programs that identify defects from original construction [and] removes them or repairs them. The tools we have today can see much smaller defects than we used to, maybe even 10 years ago,” he said.

The public’s interest in the risk of leaks on oil pipelines has been heightened in British Columbia, with two major projects moving forward in the province.

Kinder Morgan Canada has a $4.1-billion plan to twin its existing pipeline to tap into growing oil demand in Asia. And Enbridge is in the midst of a federal review of its $5.5-billion Northern Gateway project, also to ship oil to Asia.

But existing pipelines are also under the public microscope after a scathing National Transportation Safety Board report released last week found it took Enbridge 17 hours after the initial alarm to take action on an oil spill in Michigan in 2010. The report also noted Enbridge failed to fix the pipeline, despite knowing since 2004 it suffered from corrosion.

Harden said Kinder Morgan will be scrutinizing the U.S. safety board report on Enbridge for lessons. “Is there something we need to look at in our operations? Because nobody is perfect,” he said.

The company also declined to provide details on spill incidents in the past decade, but National Energy Board data show there have been nine leaks on the pipeline since 2002, which spilled a total of nearly 4,800 barrels of oil.

The largest pipeline spill took place in 2007, when about 1,400 barrels of oil leaked in Burnaby after an excavator punctured the line.

Two other spills of similar size took place in 2005 at the Sumas tank farm and in 2009 at the Burnaby terminal.

The other six spills were of much smaller sizes, including two in 2011: a nine-barrel spill at its Kamloops terminal, and a 10-barrel spill near Chip Lake, Alta.

In comparison, recent spills in Alberta and the Enbridge spill in 2010 in Michigan were larger.