How to Protect Your Family From Fire 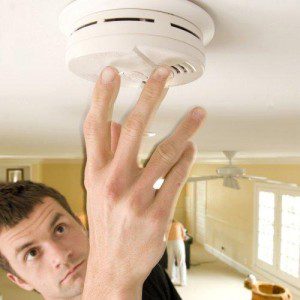 Well-functioning smoke alarms and a good evacuation plan can save your life. Too often, we hear about fire tragedies that could have been lessened had the proper safety measures been put in place.

Early smoke alarms were battery operated, but people often failed to replace dead batteries, or remove them, making the alarms ineffective. Then the hardwired electrical detectors came about, but again, too many people who had simply burned toast or boiled a kettle near the alarm were disconnecting the wire to stop the noise, and then failing to reconnect it.

“We needed a mechanism to discourage people from tampering with the wiring,” says Philip Rizcallah of the National Research Council of Canada. “What’s more, the first generations of hardwired alarms didn’t work during power failures and that’s when the risk of fire is greatest since people then rely on candles, fireplaces and propane gas stoves.”

The 2010 National Building Code of Canada addresses these issues to better protect Canadians from fire. “Homes built to the new Code must have hardwired smoke alarms on all floors with a ‘hush’ button and a 9-volt battery backup that kicks in during power failures,” explains Rizcallah. “The new Code also requires a smoke alarm in all sleeping quarters as well as adjoining hallways.”

So, if you are renovating your home or cottage, it may be a good time to update your smoke alarms, as doing so could help protect you and your family.