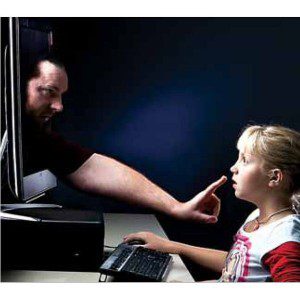 OTTAWA, February 14, 2012 — The Honourable Vic Toews, Minister of Public Safety, and the Honourable Rob Nicholson, Minister of Justice and Attorney General of Canada, today introduced in the House of Commons the Protecting Children from Internet Predators Act, a Bill that would provide law enforcement and the Canadian Security Intelligence Service (CSIS) with the modern investigative tools they need to help fight crime and national security threats, while strengthening safeguards to protect the privacy of Canadians.

“Our Government is committed to keeping our streets and communities safe. Rapid changes in technology mean crimes and national security threats are more difficult to investigate. As a result, criminals, gangs and terrorists have found ways to exploit technological innovations to hide their illegal activities,” said Minister Toews. “This legislation would give law enforcement and CSIS the investigative tools they need to do their jobs and keep our communities safe.”

The proposed legislation would help to protect the security and privacy of Canadians by imposing strict limits on the number of CSIS and law enforcement officials who are permitted to make basic subscriber information requests, and apply new requirements for recording, reporting, and auditing those requests.

In addition, the Bill would:

“New technologies provide new ways of committing crimes, making them more difficult to investigate.  We must ensure that law enforcement has the investigative tools to bring to justice those who break the law,” said Minister Nicholson. “This legislation will enable authorities to keep pace with rapidly changing technology, without diminishing the legal protections currently afforded to Canadians with respect to privacy.”

The proposed legislation is consistent with that of Australia, New Zealand, the United Kingdom and the United States, and will improve Canada’s ability to work with its international partners to combat crime and terrorism.

At the January 2012 meeting of federal, provincial and territorial (FPT) ministers responsible for justice and public safety in Charlottetown, Prince Edward Island, the ministers unanimously agreed on the need to enhance and modernize the investigative capability of law enforcement and urged the federal government to move forward on enacting previously introduced legislation.

“Lawful access represents an important tool to assist policing in combatting serious criminal activity, such as organized crime, sexual predators or identity theft,” said Dale McFee, President of the Canadian Association of Chiefs of Police. “Modernization of current legislative provisions reflects significant and obvious advancements in communications technologies, which will allow the police to lawfully and effectively investigate serious offences.”

An online version of the proposed legislation will be available at www.parl.gc.ca.