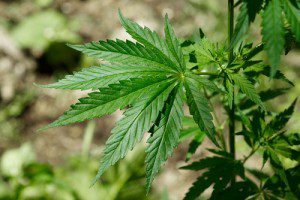 For the second time in as many months, officers with the City of Calgary have found numerous safety codes violations at a federally licenced medical marijuana grow operation.

“We found similar safety hazards that are quite typical of the illegal [operations],” Brown says, adding that Alberta Health Services conducted its own inspection and issued an executive officer’s order deeming the building unsafe. “They found enough mould in that building to post it as uninhabitable,” Brown says.

For their part, the CSRT issued an order under Section 546 of the Municipal Government Act requiring the property owner to begin the process of remediating or demolishing the building within 60 days, Brown reports. The property owner vacated the building, the site was secured with fences and placards, and it remains shut down.

The discovery occurs less than a month after a similar inspection at another Health Canada-licenced location on January 18. That inspection also found multiple safety infractions including those relating to a compromised air intake system, toxins, pesticides, herbicides and fertilizers, and potential contamination of drinking water.

In both cases, the hazards found were similar to those of illegal grow-ops. Information from the City of Calgary says that common components of an illegal grow-op — such as complex wiring systems and timers, tanks containing chemical fertilizer blends and furnace bypass systems — pose a number of dangers to the public and responders. Some hazards include mould, chemicals, the possibility of explosion as a result of solvents and oxygen used, and electrocution and booby trap hazards for emergency responders.

Brown reports that the Ottawa-based Canadian Association of Fire Chiefs has written to Health Canada expressing their concerns with the current system for individual grow-ops. “There is a stronger likelihood you would have a fire in a grow-op than regular home [considering] just what kind of power you are using,” Brown says.

Gary Holub, a Health Canada spokesman, says that the federal government has completed public consultations into regulatory revisions to the Marihuana Medical Access Regulations and will be publishing the results of the consultations later this year.

“The medical marijuana access program and its regulations apply to individuals not to spaces or institutions at this stage,” Holub says. “One of the key reform agendas is in fact moving away from licencing individuals to licencing commercial enterprises for the production of medicinal marijuana for precisely this reason,” he says, referring to the Calgary incidents.

From a security and control point of view, Brown says that he would also like to see medical marijuana growing operations housed in commercial or industrial locations rather than municipal ones.

“I’m quite encouraged from what I am hearing from Health Canada,” Brown says, adding that he hopes “some of the individuals that have these legal grow-ops will come forward and invite us in and we will inspect them to make sure they’re safe.”