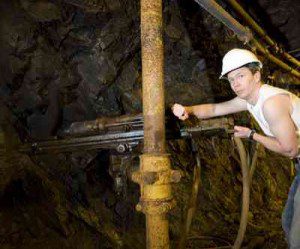 Trevali Mining Corporation  is pleased to announce its support and commitment to the recently launched First Nations Underground Core Mining Training Program through the New Brunswick Community College (NBCC) in Miramichi. The program is a partnership between the Aboriginal Workforce Development Initiative (AWDI), the New Brunswick Department of Post-Secondary Education, Training and Labour (PETL), and Trevali.

AWDI is under the umbrella of the Joint Economic Development Initiative, an organization that supports Aboriginal economic development and workforce development in New Brunswick.

Twelve people from Elsipogtog, Pabineau, Eel Ground, Esgenoopetitj, Eel River Bar and Metepenagiag were selected and are taking part in the initial 11-week training-to-employment initiative for Trevali’s Halfmile Mine in the Bathurst Mining Camp of northern New Brunswick. Upon successful graduation candidates will be teamed with experienced miners for on the job-training in all aspects of underground mining operations after which they will receive a certificate, thereby creating a new generation of skilled First Nation trades-people to help serve a growing resource industry.

The course at NBCC, which in spite of the rich mining tradition in the Province is the first of its kind to be offered in New Brunswick, will encompass both theoretical and on the job training and will include essential skills training and instruction on occupational health and safety.

The selection process consisted of an interview process of over 140 individuals from which 24 candidates were identified and they went on to essential skills testing where the first class of twelve candidates now in the course was selected.