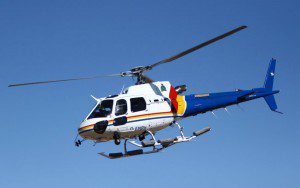 VANCOUVER – Mounties in B.C. will investigate after one of their force’s own civilian pilots died Tuesday when his helicopter crashed in a rural area east of Vancouver.

Chief Superintendent Wayne Rideout says the pilot with “extensive experience” was returning to base after completing emergency training exercises when his chopper went down just before 2 p.m.

Other RCMP members participating in the training witnessed the crash, rushed to the scene and attempted to ( Read the story )