The results suggest that by maintaining good physical fitness, men who engage in heavy labor can avoid increased risk, and possibly even lower their risk of death from heart disease. 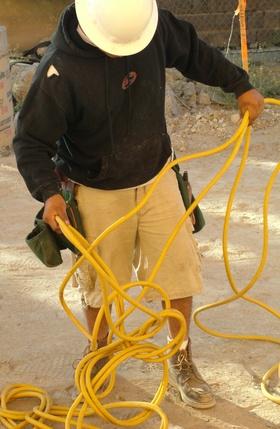 The increase in risk is not explained by the higher rates of heavy work and health risk factors among men at lower socioeconomic levels, concluded the new research, led by Andreas Holtermann, Ph.D., of Bispebjerg University Hospital, Copenhagen.

A previous study of 5,250 Danish men found an increased risk of death from IHD (such as heart attack) in men with high physical work demands and low physical fitness. However, social class was a potential confounding factor: men at lower socioeconomic levels are more likely to have jobs involving heavy work. They also have higher rates of lifestyle risk factors, such as smoking and obesity.

To address this question, the researchers analyzed 2,707 men in the lower socioeconomic levels. Thirty percent of men in this group had high physical work demands, compared to 3.5 percent for those at higher socioeconomic levels. The long-term risk of death from IHD was 14 percent for men in the lower social classes, compared to about nine percent in the higher social classes.

However, the main risk factor was not low socioeconomic status, but rather low physical fitness. Men with low fitness and high physical work demands were nearly three times more likely to die from IHD, compared to those with low work demands.

Among men who did heavy work, risk was about 40 percent lower for those with high physical fitness.

Thus socioeconomic factors don’t seem to explain the link between heavy labor and IHD risk. “These observations indicate that physical fitness is a protector of or a risk modifier among men exposed to high physical loads on their cardiovascular system,” Holterman and co-authors wrote. The results suggest that by maintaining good physical fitness, men who engage in heavy labor can avoid increased risk, and possibly even lower their risk of death from heart disease. 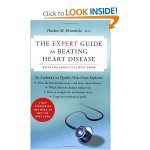 The Expert Guide to Beating Heart Disease : What You Absolutely Must Know